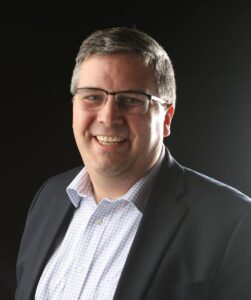 Andrew started with DMR/Interactive in 2004, was named COO in 2011 and promoted to president in 2013. He began his career with ESPN Radio before moving to iHeartMedia.
Curran and the DMR/Interactive team leverage data analytics and consumer insights to deliver strategic, multi-dimensional marketing campaigns that drive ratings and revenue for clients by identifying and engaging the employed listeners who matter most.
In 2007, as Nielsen’s PPM measurement system and the iPhone were being launched, Curran created DMR/Interactive’s social and digital practice that pioneered the use of digital advertising to generate awareness, engagement and database activations for local media brands.
This commitment to innovation gives DMR/Interactive the unique ability to incorporate social, video, OTT, and digital initiatives into each client’s strategic marketing plan alongside direct mail, mobile, email, telephony and Word of Mouth touchpoints.
In 2012, Curran was named a Radio Ink Rising Star of Radio. In 2016, DMR/Interactive partnered with Texas A&M to launch the Download on Podcasting. In 2018, Radio Rally Point was created with AllAccess.com to spotlight the ongoing strength and resilience of AM/FM radio, featuring insights from executives and thought leaders across the industry.
An outspoken advocate for radio, Mr. Curran regularly shares insights and best practices with the radio industry having spoken at the Worldwide Radio Summit (2019, 2018, 2017, 2016, 2015), NAB/RAB Radio Show (2017), the Conclave (2017), Nielsen Audio Hispanic PD Clinic (2016), Nielsen Audio Client Conference (2015), CMB Momentum Summit (2019 and 2015), Country Radio Seminar (2014, 2013) along with other speaking engagements and published articles.
Curran graduated Cum Laude with a Bachelor of Arts from Boston College and received his MBA from Thomas More College. He resides in Cincinnati, OH with his wife Liz and their children: Anna, Bridget, James and Claire.