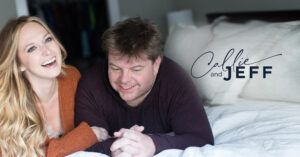 Jeff Dauler is an award winning host, producer, and creative in the radio and podcast genres. His daily podcast, THE UPSIDE with Callie and Jeff, has been downloaded over 6 million times since it’s launch in August 2019, and has been number one on Podcast Magazine’s HOT50 list for an incredible 9 consecutive months. In its first year, the show was a two-category nominee in the 2020 Podcast Awards, including for a People’s Choice Award. As a radio personality and host, Jeff was instrumental in launching and developing a local morning radio show into a successful nationally syndicated product. He was voted Best Radio Personality by readers of the Atlanta Journal-Constitution in his final year as a radio host.

As an industry expert and leader, Jeff has presented to thousands of people at audio-industry conferences and companies. He also in-demand as a creative consultant and works with a limited number of projects each year to develop and monetize podcasts.

A master storyteller, Jeff performs stand-up comedy and will often combine comedy with messages of gratitude and encouragement to create a presentation that is both hilarious and inspirational.

Jeff’s highly engaged social media following includes nearly 50,000 Instagram followers, 85,000 Facebook fans, more than 20,000 email subscribers, and 10,000 text recipients who enjoy his content that offers a combination of humor, gratitude, resiliency, and pictures of his daughter and dogs. He lives in Atlanta with his wife (and co-host) Callie, daughter Ellie, and two rescue dogs.