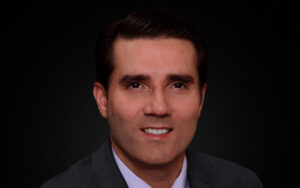 Justin Chase was named Chief Content Officer at Beasley Media Group in January 2020. Justin previously served as Executive Vice President of Programming since 2013, In his role, he is responsible for overseeing all aspects of on-air content and digital on behalf of the company. Previously, Justin served as Vice President of Programming and Operations Manager for the Company’s four music stations in Las Vegas, including KCYE-FM, KKLZ-FM, KOAS-FM and KVGS-FM.