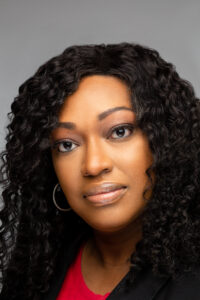 Powell began her career in 1992 at KBXX-FM in Houston, TX as Research Assistant and worked her way through the ranks to become the first female Program Director for the station. After spending almost a decade at KBXX, Powell moved to Los Angeles in 2002 to work briefly in the radio trade magazine industry where she was Urban Editor for Radio & Records Magazine.
Powell joined Clear Channel Philadelphia (now IHeart) in 2004 as Assistant Program Director/Music Director for WUSL-FM and was promoted to Program Director of WUSL-FM and WDAS-FM in 2008. She would later move on to serve as IHeart’s Director of Urban Programming for Virginia, which included WOWI-FM, WKSA-FM, and WBTJ-FM.
In 2014, Powell was named Station Manager for Norfolk State University’s WNSB-FM and shortly thereafter moved on to serve as Program Director for Radio One’s WMMJ-FM in Washington, D.C. In 2017, she was promoted to Operations Manager of the Radio One/DC cluster which includes WMMJ-FM, WKYS-FM, WPRS-FM, WOL-AM, and WYCB-AM.
In 2019, Powell became the Vice President of Programming for Radio One. As such, she is the first woman to hold this position for the company. In this role, she oversees the programming strategies for Washington D.C. (which includes her local duties as Operations Manager and Program Director), Baltimore, Philadelphia, and Richmond (VA). In addition, Powell heads the programming for syndicated programs including the Russ Parr Morning Show, Love and R&B with Al B. Sure, The Donnie Simpson Weekend Show, and the Quicksilva