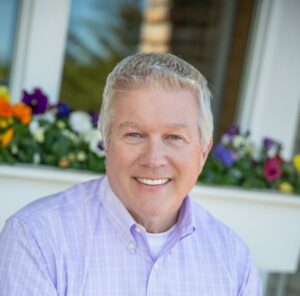 Adams Radio Group is led by 35 year radio veteran Ron Stone. Stone has solid senior level multiple station and multiple market management experience. Stone has extensive experience in startup and turnarounds and has acquired 22 radio stations in 5 markets since 2014.
Stone’s background includes success in sales, operations and finance. He began his career in accounting after receiving his BSBA from East Carolina University in 1984 in public accounting with McGladrey & Pullen, CPAs. Stone served Beasley Broadcasting, United Communications and Adams Communications as CFO before moving into operations in 1992 with Adams Communications in St. Louis where he was responsible for leading the turnaround efforts for KEZK FM and KFNS AM.
After St. Louis, Stone continued to manage startups and turnarounds in Raleigh, Minneapolis, Detroit, and Duluth.
Stone attributes his station management success to his keen sense of recruiting and ability to retain excellent teams. “I have been associated with teams of professionals that I would define as each markets strongest leaders. They understood the importance of being local, providing strong community service and giving back. The results have been amazing.
In 2020 Stone launched a new initiative, the Independent Broadcasters Association, to help independent broadcasters. The IBA focuses on areas that are not already supported by other broadcast organizations, mainly new revenue opportunities and streamlining expenses using the scale of the 1,500 station membership.
Stone has been married to his high school sweetheart, Kim, since 1981. They have three adult children and five grandchildren all in Minnesota. Stone and his wife split their time between Minnesota and Florida.